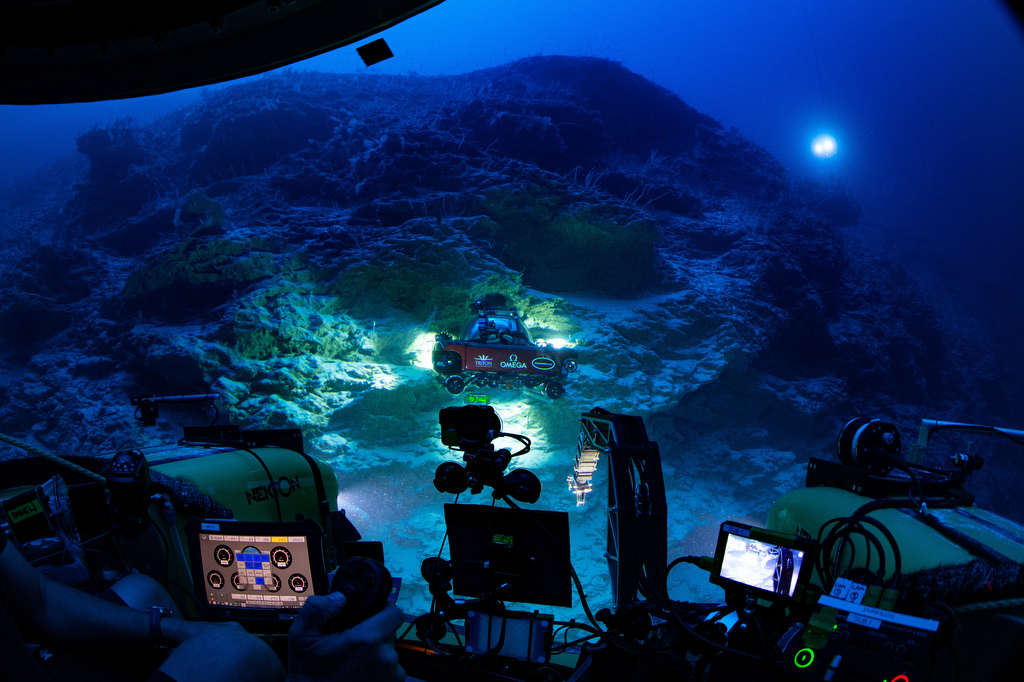 The Government of Maldives and Nekton, the UK marine research institute, are launching an ambitious ocean mission to help the Maldives manage the impact of the climate crisis on the Indian Ocean nation. Data gathered will inform scientists and policy makers worldwide.

"The ocean is a key part of each Maldivian. 71% rely on the ocean for their primary source of income. We have committed to a 5-year initiative to advance ocean protection and sustainably develop the blue economy. This Mission will help us establish the long-term sustainability of our economic growth, livelihoods and jobs through establishing marine protected areas to build ocean resilience", stated Maldivian President Ibrahim Mohamid Solih.

"Maldivians have done very little to cause the climate crisis, yet we are on the frontlines of its impact", stated Minister of Fisheries, Marine Resources and Agriculture, Dr. Hussain Rasheed Hassan. "There is still time. To protect our nation, we need to protect what is in our ocean. Doing this meaningfully requires deeper understanding of what is in our oceans, and this is what we are launching with the Nekton Maldives Mission. We hope that this Mission will inspire other nations to do the same", stated Dr. Hassan.

The Nekton Maldives Mission will set sail on September 4 and be at sea for 35 days. Science teams from across the world will join Maldivian colleagues to undertake the first systematic survey and sampling of the Maldives from the surface to 1000 metre depths. Almost nothing is known about what lies below 30 metres.

Ten Maldivian marine scientists have been selected as the first !Maldivian Aquanauts” to lead over 30 first descents in submersibles to explore Maldives unknown deep ocean. The first descent of the Mission will be led by an all-women team of Aquanauts. The Aquanaut names will be announced at a press conference in the Maldivian capital on the 1st of September.

The Maldivian scientists, in partnership with Nekton"s international team, are establishing a baseline health check to inform government policies to protect at least 20% of Maldivian seas — an area of ocean half the size of Germany.

"We are determining the location, health and resilience of our coral reefs, especially the deeper ecosystems which we know very little about, so that key habitats may be identified for protection and management", explained Shafiya Naeem, Director General of the Maldives Marine Research Institute, who is leading the Maldivian team on the mission. "The reefs that surround our atolls help reduce the impacts from sea level rise and the increasing frequency and intensity of storms, and forms the basis of our economies, livelihoods and sustenance".

The Maldives, a big ocean state, is 99% ocean and just 1% land, sitting on average 1.5 metres above the sea. As a result, the nation faces a growing threat from the rising seas. But, armed with more knowledge of what their waters contain, work can begin to protect what lives there and safeguard the environment those species inhabit, which in turn makes the country better able to withstand climate change.

"We expect to locate and document critical nurseries for fish and coral that can inform Government plans to strengthen the sustainability and resilience of Maldives"s ocean resources”, explained Professor Lucy Woodall, Nekton Principal Scientist, Department of Biology, University of Oxford who is leading Nekton’s international scientific team.

The Mission is deploying two of the most advanced human occupied submersibles alongside robotic and autonomous systems and over a dozen research technologies supported by 40 partners, 16 Maldivian and 24 international.

https://apmultimedianewsroom.com/nekton - video and photographic content, news releases will be available pre and during the expedition to ALL media through the mission newsroom.

Maldivian aquanauts and Nekton’s international team are available for interviews pre and during the Expedition, including live on Zoom / Teams from the Mission’s Mothership.

Nekton
Nekton is coordinating and managing the Maldives Mission. Nekton works to accelerate the scientific exploration and conservation of the ocean for people and the planet. Nekton is an independent, not-for-profit research institute and is a UK registered charity. www.nektonmission.org

The Nekton Maldives Mission is the first systematic discovery and documentation of ocean life in Maldives from the surface to 1000metres. In partnership with the Government of Maldives, the Mission will help create extensive new marine protected areas and ensure the ocean continues to protect and provide for the Maldivian people.

Ten Maldivian marine scientists have been selected as the first Maldivian aquanauts to lead over 30 descents in high-tech submersibles to explore Maldives’ unknown deep ocean. The first descent of the mission will be led by an all women team.

The frontline of the rising ocean

At first, at depths around 120metres, they are locating the old beach line, from 20,000 years ago when sea levels rose following ice melt from the Last Glacial Maximum. Part of their mission is to investigate how ocean life has adapted to rising sea levels.

Deep reefs: the refuge of hope

Deeper, beneath the dividing line at 120 metres, they expect to discover the Rariphotic Zone, and deep corals and reefs that act as a refuge to animals from shallower waters including unknown species of reef building corals. Globally, deep reefs have the same geographic range as shallow reefs but are largely unknown and unprotected.

What remains of the Maldives land is a series of over 1000 islands, coral structures built on the summits of a ridge of ancient sunken volcanoes. Coral reefs are one of the earliest and most significant ecological casualties of global warming. The reefs that surround the atolls are essential to life in the Maldives and help reduce the impacts from sea level rise and the increasing frequency and intensity of storms caused by climate destabilisation. The aquanauts aim to determine the location, health and resilience of deeper coral reefs - establishing baselines to support conservation.

With the two main pillars of the Maldivian economy being tourism and fishing, a healthy, prosperous and sustainable ocean is essential for the lives and livelihoods of all Maldivians. The first discoveries of ocean life from the surface to 1000 metres will establish a baseline health check to inform Government policies to protect an area of ocean equivalent in size to half of Germany. Coming, as it will, in the weeks before both the United Nations General Assembly and the next COP climate summit in Egypt these findings will be much awaited by presidents, prime ministers and environmentalists around the globe.

With at least 40 shark and 18 ray species at the apex of the food chain in the Maldives ocean, the team is investigating their relative abundance at depth, as a critical indicator to determine ocean health.

One of the highlights of the mission will see Maldivian aquanauts descend down the mountain’s flanks down to 1000metres, mapping and exploring the first seamount in the Northern Indian Ocean. Of the 100,000 seamounts above 1000 metres across the global ocean, only 300 have been biologically sampled. Maldives has 34 seamounts, that live in the heart of Maldivian folklore, and are critical tuna fisheries providing national food security.

The Maldivian aquanauts will be joined by an international team of scientists from the UK, Seychelles, India, South Africa, Sri Lanka and Europe to undertake the scientific mission.

Turning the tide on “Parachute Science”

The mission goals have been carefully co-defined by the Government of Maldives and Nekton’s international scientific team to ensure Maldivian national priorities are paramount. The expedition is co-led and co-delivered by Maldivian aquanauts. They will provide analysis and author publications. New species discovered will be named by Maldivian and all data gathered will be owned by the Maldives government.

The mission is deploying two of the most advanced human occupied submersibles, alongside robotic and autonomous systems and more than a dozen research technologies making it the one of the most technically varied and advanced mission ever undertaken at various depths in the Indian Ocean.

Nekton are coordinating and managing the Maldives Mission. Nekton works to accelerate the scientific exploration and conservation of the ocean for people and the planet. Nekton is an independent, not-for-profit research institute and is a UK registered charity.