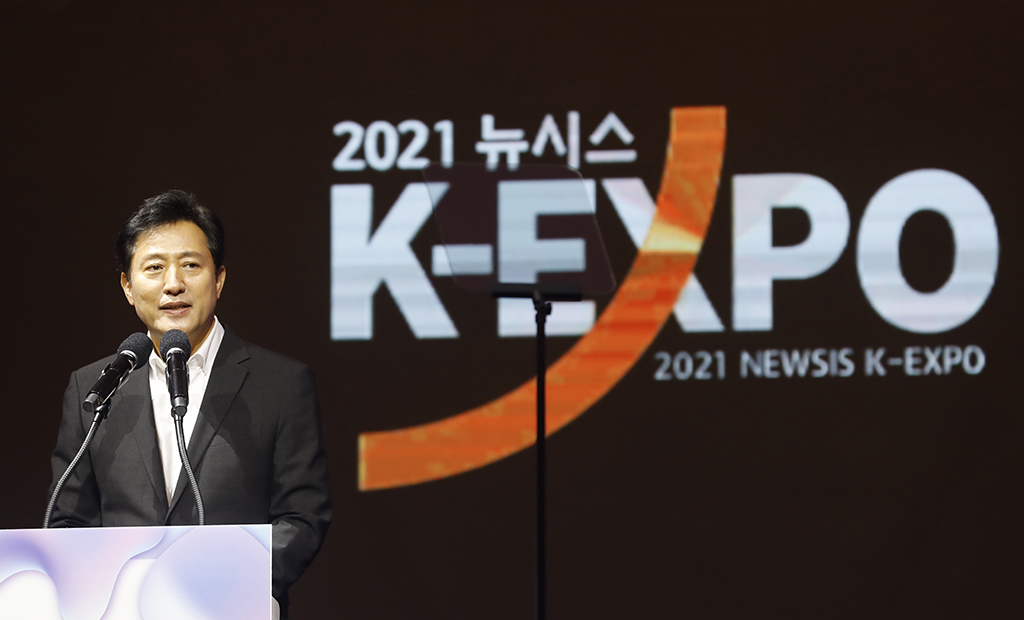 Mayor Oh delivered a keynote speech at 'The NEWSIS K-Expo 2021: Seoul Beauty Industry Branding Conference', which was broadcast on the NEWSIS YouTube Channel (https://www.youtube.com/c/NewsisTV) from 5pm KST on 16th of September. He announced "the number one task given to Seoul is to raise the competitiveness of the city that has fallen and take another leap forward to become one of the top five global cities.

He also emphasized that he has established a future roadmap 'Seoul Vision 2030' in order to implement this task. One of the key points of the vision is 'Seoul, the future emotional city.'

"The domestic beauty industry that has become a new Korean cultural content is something Seoul is paying attention. It is all about making Seoul a global emotional city that everyone wants to visit, live, and invest" he said.

Mayor Oh evaluated the beauty industry as "a future industry that is expected to grow continuously in line with a new consumption trend oriented toward sensibility and well-being, and a high value-added job industry".

He said "South Korea’s cosmetics exports amounted to about 8,287.7 billion won as of last year, up 16% from the previous year, and it has emerged as the world’s third-largest cosmetics powerhouse after France and the United States."

"Seoul has an excellent environment with great potential to grow into a global beauty city, as 45.7% of domestic cosmetics retailers as well as the headquarters of four Korean cosmetics companies ranked in the world's top 100 cosmetics companies are located in Seoul" he emphasized.

“If we develop tourism products that add beauty unique to Seoul in addition to the charm of Seoul known to the world through Korean Culture, such as K-pop and K-drama, the demand for domestic and foreign tourists visiting Seoul will steadily increase. We are deriving detailed tasks through consulting with specialized agencies in order to promote systematic beauty tourism."

"In particular, Dongdaemun Special Fashion Zone, which has earned a reputation as 'Korea Fashion No.1', is expected to be reborn as a 'Dongdaemun Beauty Special Zone' where various things to see, enjoy, and new vitality arise. If beauty and Hallyu(Korean Culture) momentum are added to the various fashion and design contents of the Dongdaemun area, it can lead domestic and foreign tourists to Dongdaemun again."

"We will increase the future growth potential of Seoul as a global beauty center and brand Seoul's sensibility and beauty that encompasses Seoul's culture, taste, smell, and landscape."

"We will create a new brand in Seoul. 'If you want to see the latest global beauty trends, go to Seoul'"

Newsis K-Expo started in 2019 and this is the 3rd time. It is an event to explore the sustainability of the Korean Wave, encompassing not only culture such as music, TV dramas, and movies, but also industries such as beauty, F&B, and tourism.