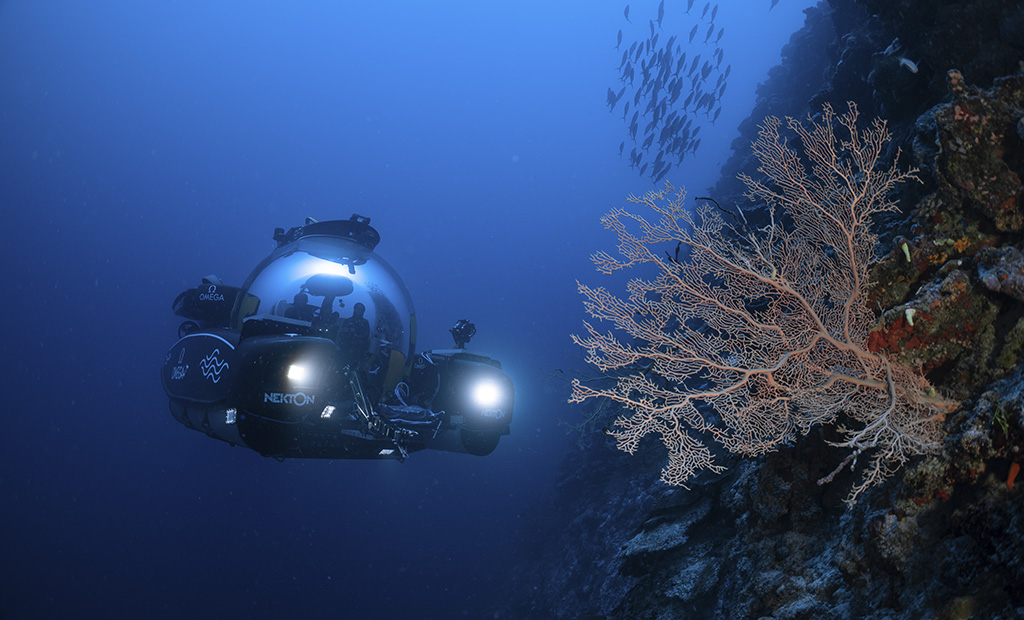 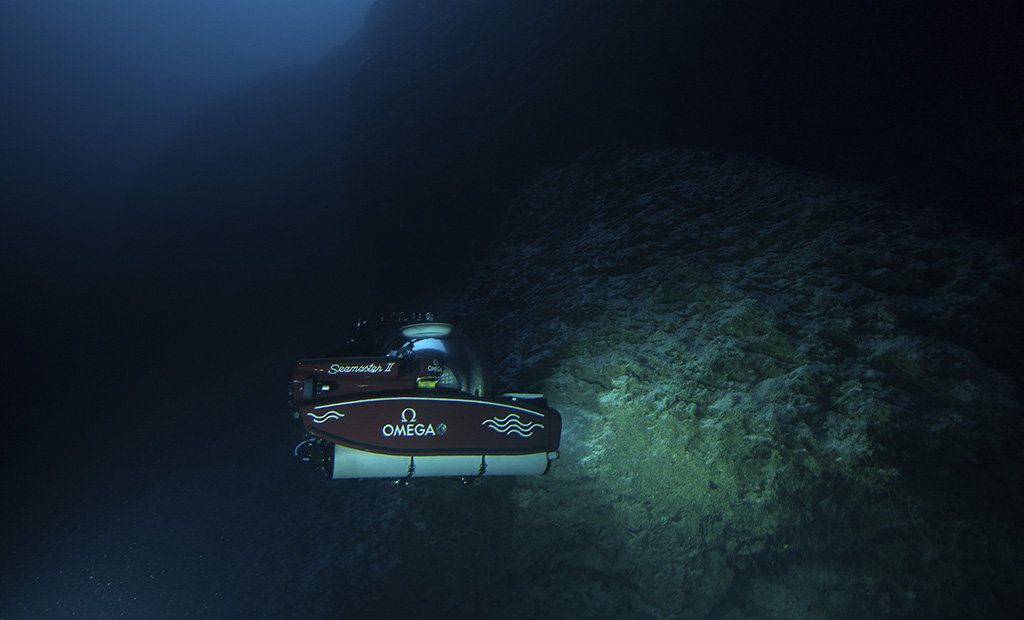 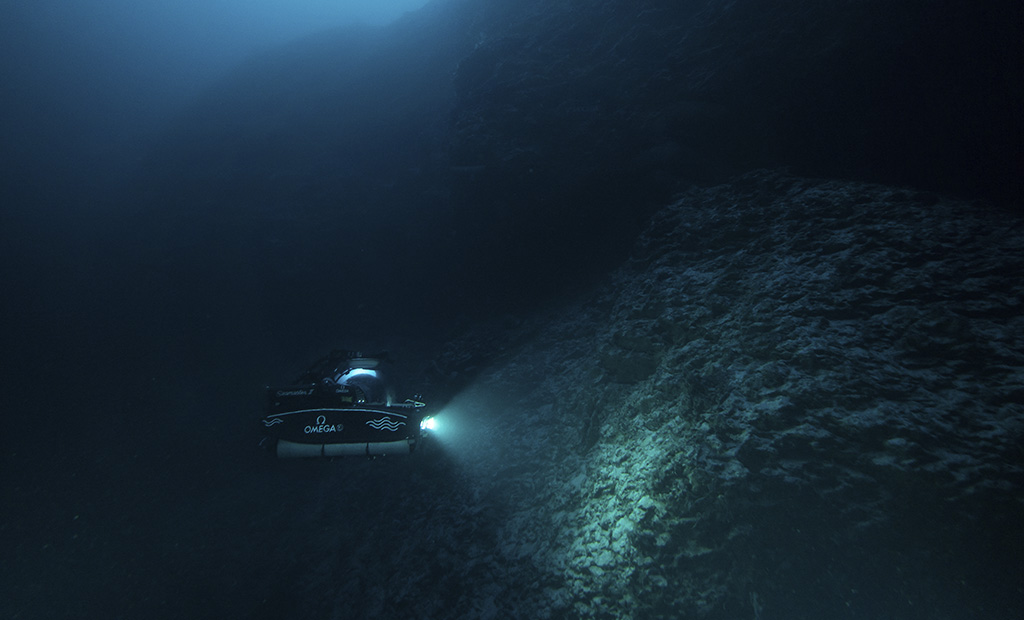 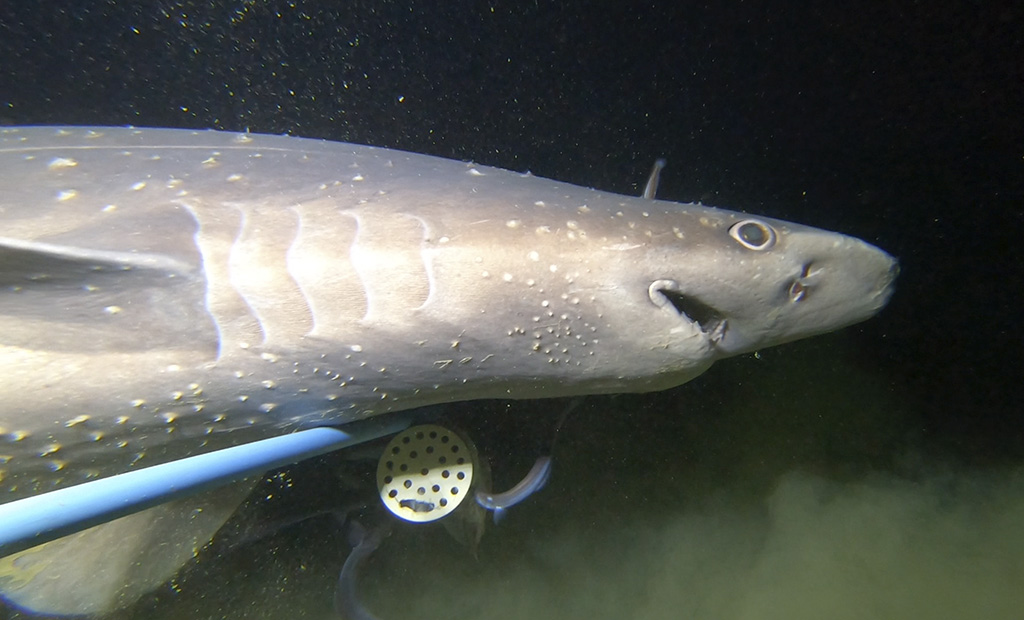 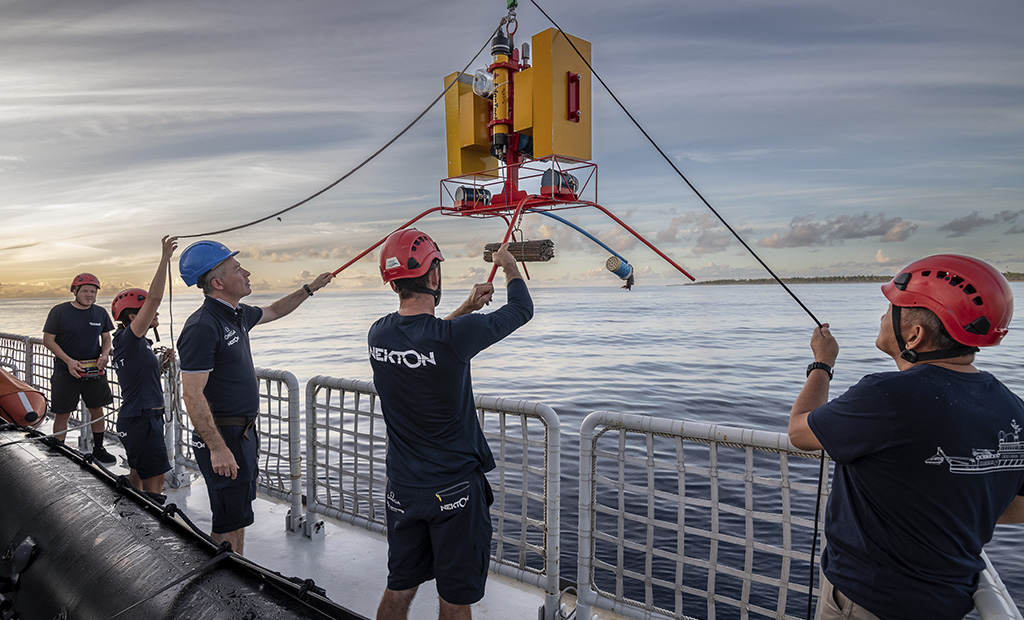 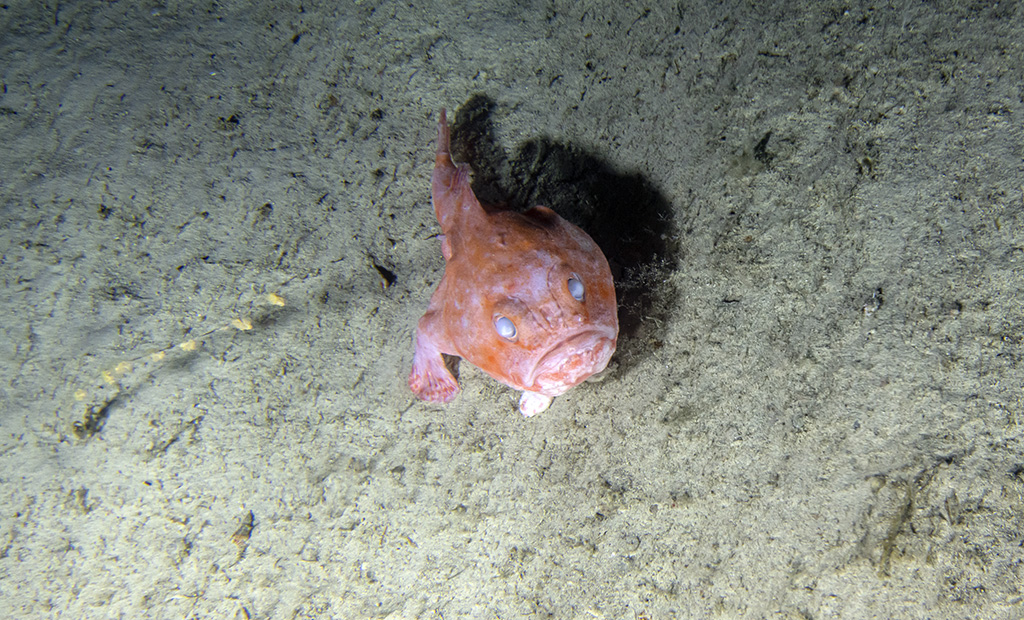 Scientists on the Nekton Maldives Mission have discovered evidence of ‘The Trapping Zone’ - an oasis of oceanic life observed at 500 metres - which is likely a previously undescribed ecosystem.

“The discovery of ‘The Trapping Zone’ and the oasis of life in the depths surrounding the Maldives provides us with critical new knowledge that further supports our conservation commitments and sustainable ocean management, and almost certainly support fisheries and tourism”, explained President of the Maldives H.E Ibrahim Mohamed Solih.

“Image data, combined with the biological samples we have collected from our submersibles and extensive sonar mapping all point to megafauna predators such as sharks and other large fish feeding on swarms of micro-nekton - small swimming creatures that are trapped against the subsea landscape at that depth”, detailed Professor Lucy Woodall, Nekton Principal Scientist.

The volcanic subsea strata and fossilised carbonate reefs which form the base of Maldivian atolls combine steep vertical cliffs and shelving terraces which appear to cause these species to be prevented from diving any deeper as the sun rises. These animals typically migrate from the deep sea to the surface at night and dive back down into the deep at dawn, otherwise known as The Vertical Migration - the largest nightly migration on Earth.

The trapped animals are targeted by large pelagic predators, including schools of tuna and sharks, along with well-known, large deep-water fish including the spiky oreo (named after the biscuit) and alfonsino.

“We’ve observed sharks in shallower waters quite extensively in the Maldives before, but for the first time we’ve have been able to document an immense diversity of sharks in the deep sea”, explained Shafiya Naeem, Director General of the Maldives Marine Research Institute, which has partnered with Nekton on the expedition. Tiger sharks, six gill sharks, sand tiger sharks, dog fish, gulper sharks, scalloped hammerhead sharks, silky sharks and the very rare bramble shark have all been documented.

Marine ecosystems are defined by both the topography and ocean life. “This has all the hallmarks of a distinct new ecosystem”, explained Professor Alex Rogers who has spent over 30 hours underwater in the mission’s submersibles observing ‘The Trapping Zone’ during the expedition. “The Trapping Zone is creating an oasis of life in the Maldives and it is highly likely to exist in other oceanic islands and also on the slopes of continents”, added Professor Rogers.

Whilst a trapping effect has been associated with the biodiversity hotspots on subsea mountains or seamounts, it has not previously been linked to the different geomorphology and biological parameters of oceanic islands, like the Maldives.

“Maldives, a coral atoll archipelagic nation is facing existential threat caused by human impacts and climate change.  For our very survival as a nation, we ought to look for science-based solutions that help us to mitigate and adapt to the disastrous effects of climate change.”, explained Dr. Hussain Rasheed Hassan, Minister of Fisheries, Marine Resources and Agriculture. “The evolutionary history of this beautiful coral atoll nation is written as a record on the bedrock, deposits and the fauna of the deep. This Mission is shedding light on how we may use the science to survive as a nation.”

Analysis of the video and biological data is ongoing in the Maldives, Nekton’s UK headquarters in Oxford and at partner laboratories. The discovery could have important implications for other oceanic islands and the slopes of continents, sustainable fisheries management, the burial and storage of carbon and, ultimately, climate change mitigation.

Previous Nekton missions have led to major scientific breakthroughs. Its expedition to Bermuda in 2016 confirmed the discovery of the Rariphotic Zone, or rare light zone, a new ecosystem found at depths between 120 metres and 300 metres.

The Nekton Maldives Mission set sail on September 4 and was at sea for 34 days. The mission successfully undertook the first systematic survey and sampling of Maldivian waters       from the surface to 1000 metre depths. Almost nothing was previously known about what lay below 30 metres.

The Mission by numbers

https://apmultimedianewsroom.com/nekton - video and photographic content, news releases available to ALL media through the mission newsroom.

Interviews Maldivian aquanauts and Nekton’s international team are available for interviews including live on Zoom / Teams.

Nekton: Nekton works to accelerate the scientific exploration and conservation of the ocean for people and the planet. Nekton is an independent, not-for-profit research institute and is a UK registered charity. www.nektonmission.org

Other discoveries from the Nekton Maldives Mission

The old beach line: Terracing and wave erosion at depths of 122m, 101m, 94m, 84m and 55m revealed evidence of different beach lines from sea level rise over the last 20,000 years since the end of the last glacial maximum.

Coral Reefs: The mission systematically mapped, surveyed, determined location, health, and resilience of coral reefs in six major locations to inform the Maldives Government’s conservation and management policies. The reefs are essential to life in the Maldives and help reduce the impacts from sea level rise and the increasing frequency and intensity of storms caused by climate change. Whilst the atolls are sinking due to subsidence of the seamounts, they are also growing because of the reef growing corals and other organisms. The ocean is literally growing these atolls, albeit slowly. But, in the face of an ever-warming planet, that is no guarantee of self regeneration.

Deep-sea refuge: At depths from 120 metres to 300 metres, the team systematically surveyed the Rariphotic Zone for the first time in Maldives — home to corals, reefs and organisms, some of which are highly likely to be species new to science. These depths provide refuge to species such as the Indian Butterfly Fish that are caught in sunlit reefs for the aquarium trade as well as other species fleeing warmer, shallower water.