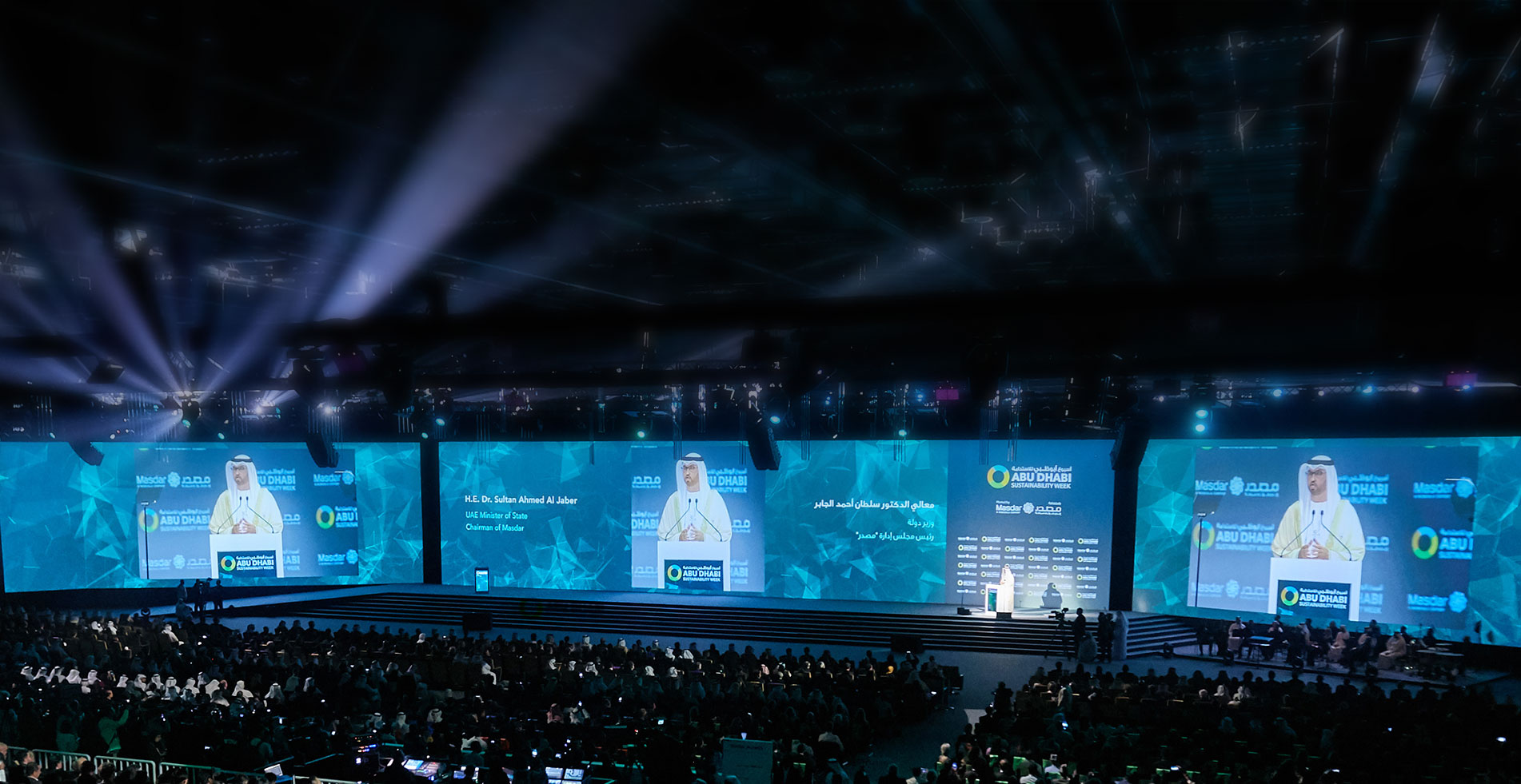 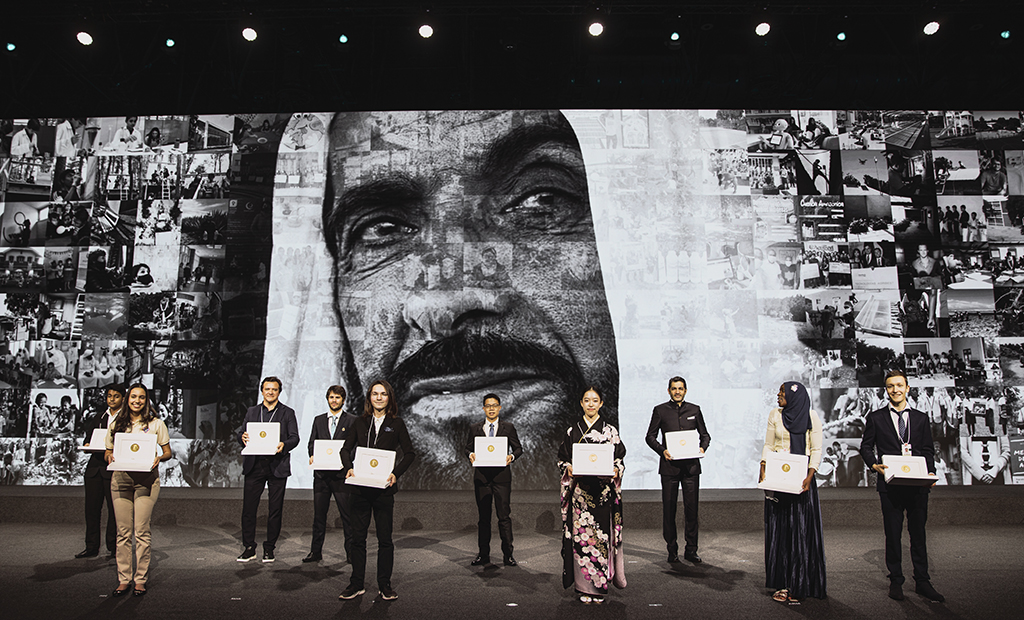 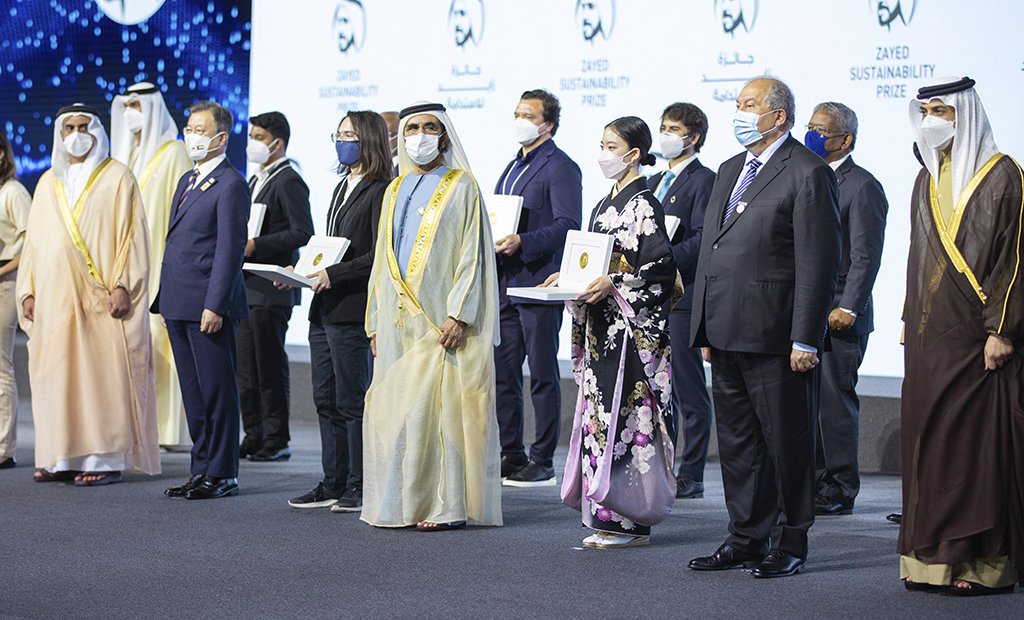 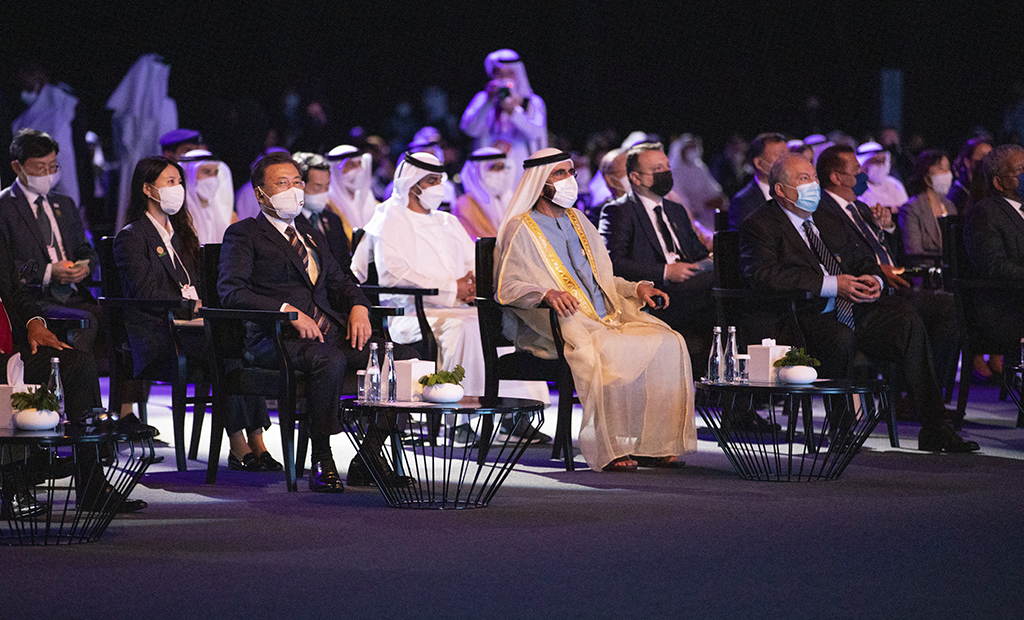 His Highness Sheikh Mohammed bin Rashid Al Maktoum welcomed the leaders and experts meeting in the UAE to discuss issues related to sustainability and intensify collaborative efforts to find solutions for moving the world towards a more sustainable future.

Highlighting the importance of ADSW, the first global gathering of its kind after COP26, Sheikh Mohammed said, "Abu Dhabi Sustainability Week lays a pathway for COP28 when the UAE will welcome the world in 2023. The continued success of ADSW, which every year sets the sustainability agenda for the year to come, fully reflects our nation’s leadership in the field of climate action. This year’s convening of ADSW as part of Expo 2020 Dubai provides an opportunity for the convergence of global expertise to stimulate constructive dialogue and push efforts towards implementing innovative solutions."

"The UAE, guided by the vision of President His Highness Sheikh Khalifa bin Zayed Al Nahyan, was and continues to be one of the pioneering countries in the fields of climate action, energy transformation and the adoption of renewable energy as a solution for addressing environmental issues and their impact on people's lives and the health of the planet. The UAE has continued to express this commitment by developing a group of the world’s largest and most innovative clean energy projects. These efforts culminated in the launch of the Net Zero by 2050 strategic initiative, which reflects our commitment to create a future free of emissions," His Highness added.

The opening ceremony began with the UAE National Anthem followed by a short film centred on international cooperation to confront global challenges, especially those related to climate change and sustainable development.

Moon Jae-in, President of the Republic of Korea, thanked the UAE for welcoming him to the country and inviting him to participate in the opening ceremony of Abu Dhabi Sustainability Week. In his keynote speech, he said, "As the first event of its kind since COP26, Abu Dhabi Sustainability Week is a kick start to carbon neutrality this year, offering strength through unity. This event holds great significance with the UAE hosting COP28 in 2023 - a milestone for the country’s journey over the next 50 years. The UAE is a powerhouse of sustainable development for the Middle East and beyond, with pathways showing the way for the rest of the world."

He continued, "Last year, the UAE became the first one in the Middle East to commit to carbon neutrality by 2050. Korea too in 2020 declared its commitment to carbon neutrality. And the UAE and Korea both committed to cutting methane by 30 percent by 2030. The UAE and Korea, as special strategic partners, have been working together in the fields of construction, oil field development, national defence, agriculture, health, and much more. This demonstrates the robust relations between our two nations. For our sustainable future, Korea hopes to hold hands together with the UAE even more tightly. Now our two countries are working together to build an economy based on hydrogen - a potential new source of energy in the age of carbon neutrality."

In his keynote address, Dr. Sultan bin Ahmed Al Jaber, Minister of Industry and Advanced Technology, UAE Special Envoy for Climate Change and Chairman of Masdar, addressed the challenge of maintaining economic progress, while turning back the clock on emissions.

He said, "Finding the answers to these questions has been the mission of the Abu Dhabi Sustainability Week and the Zayed Sustainability Prize. A mission that builds on the UAE’s position as a pioneer in clean energy. When we began investing in the renewables space more than 15 years ago, our leadership had a theory of the future that has been proven right over time. Today, the UAE is home to the largest and lowest cost solar plants in the world. And globally the future of renewable energy is just as bright."

The objectives of Abu Dhabi Sustainability Week are in line with the ‘Principles of the 50’, the 10 principles that represent the UAE’s strategic path in a new era and reflect the country’s vision and determination to promote development efforts in various economic, political and social fields.

As one of the largest gatherings concerned with discussing sustainability issues, ADSW provides a global platform for cooperation, knowledge exchange, investment and innovation, as it attracts more than 45,000 participants annually representing more than 170 countries and hosts nearly 1,000 international companies.