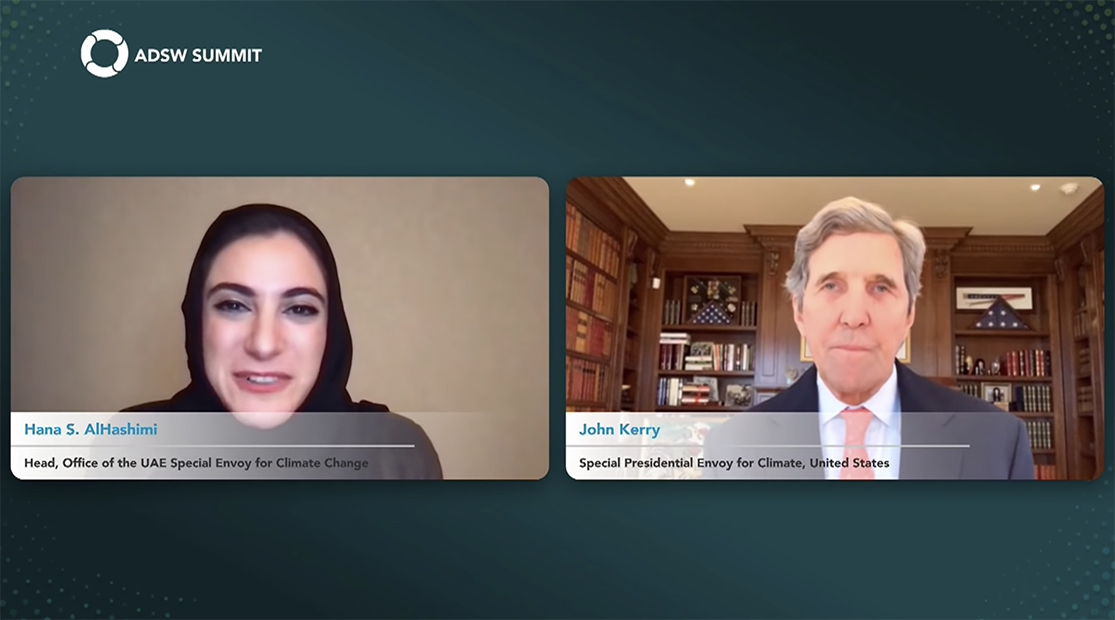 In a world that appears more divided than ever, a recent and highly in-depth United Nations poll showed that most people want more global cooperation, not less.

Almost 9 in 10 respondents to the United Nations survey — launched as part of the organization's 75th anniversary, with input from people across virtually every sector in at least 193 countries — believe that international collaboration is vital to tackle contemporary challenges.

And in a world where people seek more global cooperation, one of the biggest collective concerns emanating from that survey is climate change — and with it, the critical importance of garnering global consensus and cooperation to tackle it.

The first major sustainability event following COP26 in Glasgow, Scotland, which took place in November, is Abu Dhabi Sustainability Week (ADSW) — an annual occasion that, in January 2022, offers even more importance as a global platform for accelerating sustainable development. This is not only because focus will be on ADSW even more this year, but because the 2022 version will act a springboard for the next two COP events — both of which will be held in the Arab world.

One of the real success points emanating from COP26 is that the event has hastened the speed of change. The Glasgow climate pact is a historic agreement that keeps the goal of limiting global warming to 1.5C above pre-industrial levels within reach. Historic commitments were also achieved from countries to act on coal, cars, cash and trees.

The most crucial thing is what happens next and how this colossal, global challenge is steered. Doing that will require total commitment to global cooperation — which is why ADSW, an event renowned as a net-zero catalyst, is vital as a platform for progression to COP27 and COP28.

At COP27, to be held in November 2022, the big focus for Egypt as the host will be climate adaptation. That means concentrating on reducing the negative impact of climate change while taking advantage of potential new opportunities. This is where COP 28, which will be hosted by the United Arab Emirates in 2023, comes to the fore. COP28 represents an unprecedented opportunity to highlight the economic potential of climate action. The UAE — the first country in the MENA region and the first OPEC member to commit to achieving net-zero emissions by 2050 — is a leader amongst the coalition of nations that is committed to tackling climate change.

Through events such as ADSW and COP28 — plus global co-operation initiatives such as the Zayed Sustainability Prize, the Masdar powerhouse, the $5 billion UAE-based green hydrogen hub with Engie, the pioneering renewable energy deal with Israel and Jordan, and many more — the UAE is distinguishing itself on an international level. This is particularly significant when it is in a region still seen by much of the world as being dominated by, and indeed even the home of, fossil fuels.

Thanks to the efforts of the UAE and similarly committed nations, the road to COP28 is being paved on a path where global cooperation is treated with the utmost critical importance. That is, after all, exactly what the world wants.